Lyra Shade (no relation to Alice Shade) is a young demoness of seventeen years of age. She is studying/learning to be a druidess under breisleach's tutorage.

Born to a French-Canadian and a Japanese immigrant, Lyra Shade grew up in a world filled with heavy learning, hard work, and no play. From the time she could walk, she was trained in the ways of her parents families, and has excelled. Sadly, this left her with no time to be a child, and she admits to being rather deficient in social and emotional matters. While it isn't known exactly -what- all she knows, she's demonstrated a working knowledge of arcane magic, two languages (American Sign and Japanese), and is highly skilled in at least one martial art.

Lyra has stated that she is, or at least, -was- highly skilled in combat magicks, and that her training was for the express purpose of hunting down rogue magic-users. She seems to have given up on that life choice happily and has thrown herself in learning to be a druidess.

Lyra doesn't talk much about things that has happened before she came to Yuriba. Some things -do- slip past her guard however, and it has been recently admitted, in a vague, not really said way, that her early life wasn't just the heavy learning, hard work, and no play that she has stated previously. Known for preferring to talk things out, it's only a matter of time before she lets slip a little more of her background.

Lyra's life has been rather chaotic since coming to Yuriba. Not two hours being on the island, she was Blessed with the Emoniichuan. Little less than a week after, she approached breisleach and asked to study under her to become a druidess.

After spending a day contemplating the test she was given, she returned and spoke her answer. She answered true, and breis accepted her as a second apprentice. The demoness was in shock at, well, getting it correct, and she can't remember much after, though she dimly remembers the Blessing of the Child. It was a day or so after this that Lyra locked herself in her cursed form.

During the time when Inishie was making rumblings and soon after, Lyra kept mostly to herself, recovering from her own efforts during the eruption, which included helping breis with her struggles to contain the blast.

As always, Lyra is a seldom seen figure, though she tends to haunt Akibimi-san and breis' house. No doubt to practice her druidess skills, and to continue to grow in her knowledge of her craft. 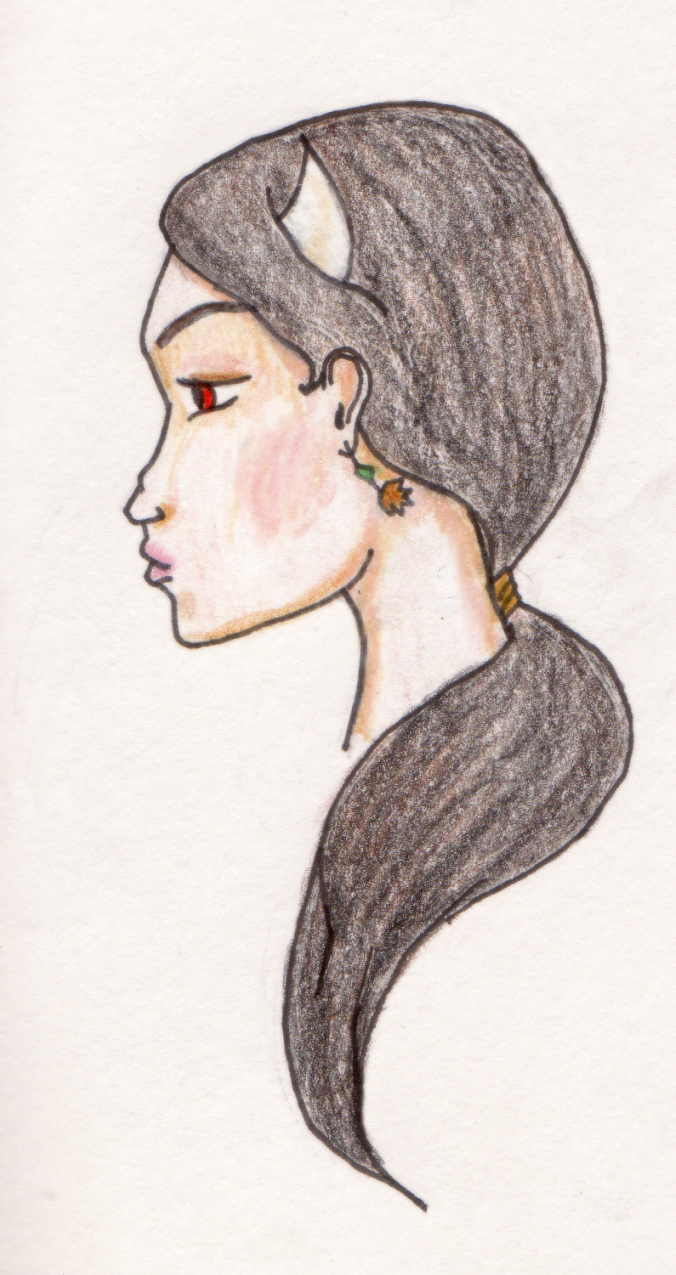 Though baptized in the United Presbyterian Church, Lyra felt no particular attachment to Christian beliefs. Since coming to Yuriba, and taking up the mantle of a druidess, she's immersed herself into Yuriban animism, making strong efforts to learn and understand the Goddesses.

Both in learning to be a druidess, and practising the native Yuriban religion, Lyra has found herself at peace, and eager to learn more. The young demoness feels a deep connection to both, as she's stated to anyone who asks.

Of all the Goddesses, Lyra feels most closest to Zokutou, Akibimi, and Kaika. That doesn't mean she shirks the rest however, just that she tends to turn to those three when her life is in turmoil first. 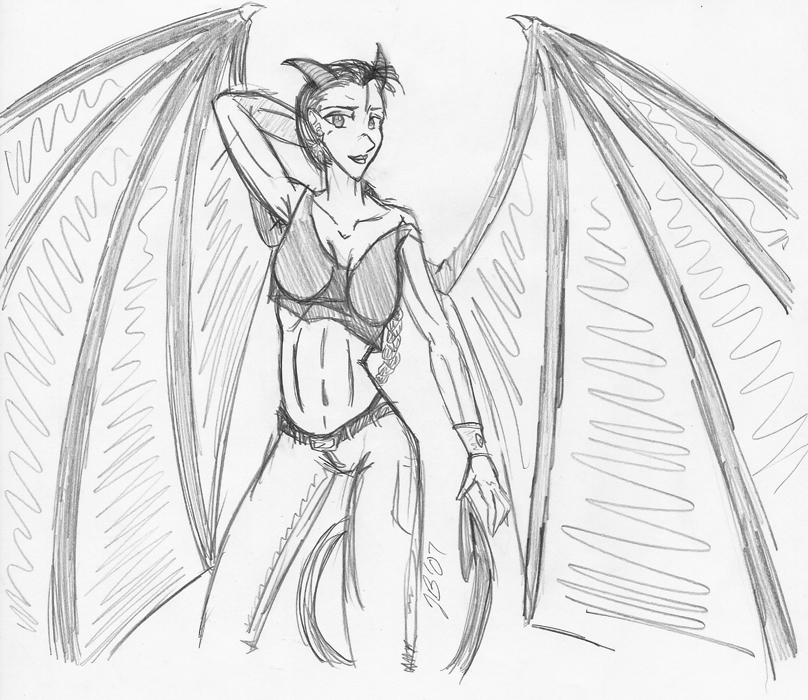 Lyra in a rare photogenic moment.

breisleach: Lyra's teacher and guide through Yuriba's mythic side. The kitsune is teaching Lyra how to be, or perhaps, what it means to be, a druidess. This is something of great interest to the demoness, as she has stated that she wishes to help in some way different than what her family has trained her for. Lyra has great affection for breisleach, seeing in her a mentor, and maybe big sister: both severely lacking in her life previous to coming to Yuriba.