breisleach is a nine-tailed kitsune woman, approximately 750 years of age. (She claims, dishonestly, to no longer be able to recall the exact date of her birth.) She is native to Yuriba, and one of the very few active citizens who have never set foot off of its shores. 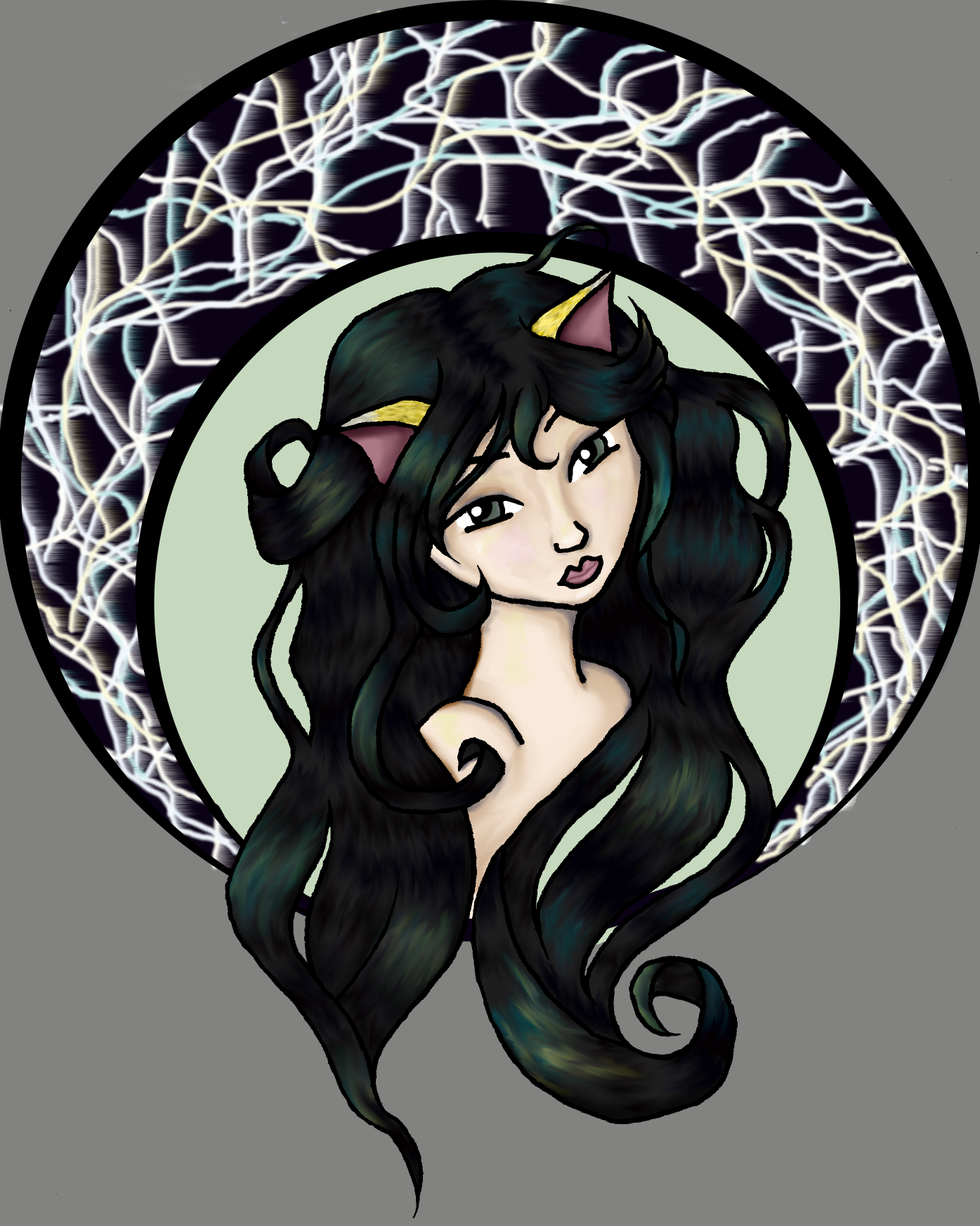 Unlike most in Yuriba, breisleach is formed in a more old fashioned vein, heavily curved and leaning to plump. Her height is on the far short end of the scale but she tends to carry herself as if taller. She considers her facial features unremarkable (others may not agree). The length of her hair has fluctuated over her history on Yuriba, having ranged from longer than she is tall to a bare inch or so from her scalp; she changes and plays with the style far more often than most other Yuribans do. (Currently, it's gotten very long again.) Most would consider her defining characteristics to be her ears, the same as any other fox's, and the fact that she possesses no fewer than nine fox tails.

For most of her life, she was a redhead with cinnabar fur tipped in black; in the past few years in the wake of an unusual incident, her hair in unblessed form has turned to black, her fur to red-gold tipped in silver.

Her wardrobe is widely varied, although of late her tastes turn more and more commonly to religious robes or gowns, although jeans and modern clothing are hardly absent. She often describes herself as a 'clothes horse' and seems to delight in the acquisition of more garments.

breisleach tends to be subdued and formal on first meeting new people, generally preferring to watch people and getting a hang on their personality through observation before introducing herself. Generally, she's friendly enough but maintains a sense of distance until she knows someone fairly well or feels able to relax, being somewhat reserved in many social interactions. This can come across as being very quiet or even uninterested, although once someone catches her attention it often becomes clear that a quite animated conversationalist lurks under the surface waiting to be drawn out. Even when in situations where she's blending into a more relaxed or snuggly environment, she still tends not to open up about herself easily, although she's working on this.

Like most kitsune, she often seems to find things funny that aren't immediately obviously so and she loves drawing out an explanation or tantalizing people with tidbits of information. Despite her fondness for teasing, in situations she considers to be serious or important she can rapidly become very businesslike and almost brisk. To her, there is no contradiction between the two, just a belief that you have to have the right attitude for the situation. She's aware that many people find her intimidating – a fact that tends to baffle her, as her somewhat cool and reserved approach to first meetings is based heavily in her cultural background. To her, the lack of immediate openness is a question of propriety, not of friendliness. Years of dealing with immigrants to Yuriba has partially adapted her to foreign standards, however, and while still reserved, her overall demeanor is more likely to be open and low key friendly. In general, the kitsune priestess has strong opinions and ethics and what reserve she has can disappear quickly when she sees someone acting in a way that offends what she holds dear. Stubborn to a fault, she is also deeply committed to her religion and the island itself, to a degree that sometimes crosses the line into fanaticism, the perpetuation of the local culture and religion despite the pressures of outside immigration a central cause to her life.

breisleach is devoted once she gives her loyalty. It takes fairly extreme acts for her to break off a friendship and she tries hard to see the good points in everyone, including those she's not close to. Once she has become very comfortable with someone or with those introduced through mutual friends, she is often warm and even goofy from the start. In general, she is far more relaxed among those she knows well, with her rather formal demeanor being shed for a tendency to giggle and tease a great deal, even if she's still more reserved about physical contact and the sharing of personal information than many. 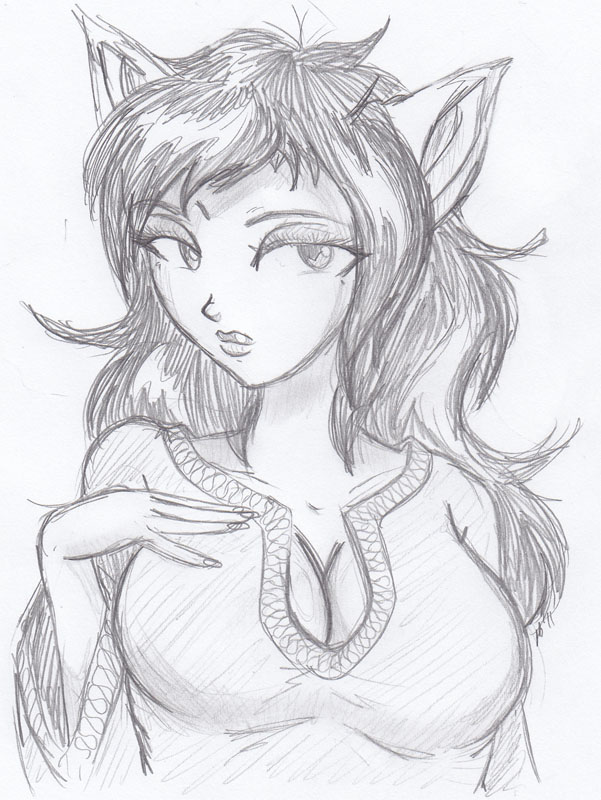 She has a definite strain of melancholy that appears infrequently. Tied in to this to some degree, she has a certain wild, feral streak that is not entirely uncommon among kitsune, leading to fits of wandering. Often, breis has intense enthusiasm for new projects and ideas; she throws herself into a variety of activities and interests.

More private than many realize, breisleach rarely talks at length about her past or her current life. For her, aspects beyond her surface friendliness and minor annoyances tend to be reserved for close friends or those who she believes might become such.

breisleach identifies firmly as polyamorous; even when she is involved with only a single person, she tends to keep an open heart. This romantic freedom is important to her and she chooses not to date in those who cannot accept this part of her nature. She is not an inherently romantic person, although she can be prone to spontaneously sweet acts; however, romance and love tend to be less important to her than other aspects of her life and she prefers partners who are comfortable knowing that it is not in her nature to place them first before all other things. The kitsune also tends to be strongly biased towards romantic interests who can understand her tie to nature and the wild. Most importantly, she seeks people who can see, understand, and appreciate the subtleties and differences between her public and private personas.

Generally, she prefers to enter relationships after having been friends with a person first, getting to know them well before attempting romance. Unlike many people, she is not overly prone to a specific type of romance, being perfectly willing to engage in both deep mating bonds and more light, relaxed relationships. (It should be stressed, however, that this doesn't mean she engages in casual ones, simply that she doesn't mind that some romances aren't as close or intense.)

Her interests in women usually tend towards others of religious bent or wild nature and a certain weakness for 'bad' girls can be noticed. With rare exceptions, breisleach prefers more mature women, finding those in their adolescence often hard to identify with. Generally, she prefers her partners to be more bold or aggressive than she is and she tends to shy away from timid or gentle women. She has a notable tendency to get fascinated by the unusual or atypical, or at least, what is unusual or atypical in her gaze; this can be physically or in personality. The most important factor, though, is often simply whether or not she feels she has chemistry with someone after getting to know them.

Biography has been moved to its own subpage for readability.

A Life Through People

In many ways, what happens has been, to breisleach, less important to who it happened with - and as such, these are, in loose chronological order, those who significantly shaped her life on Yuriba. 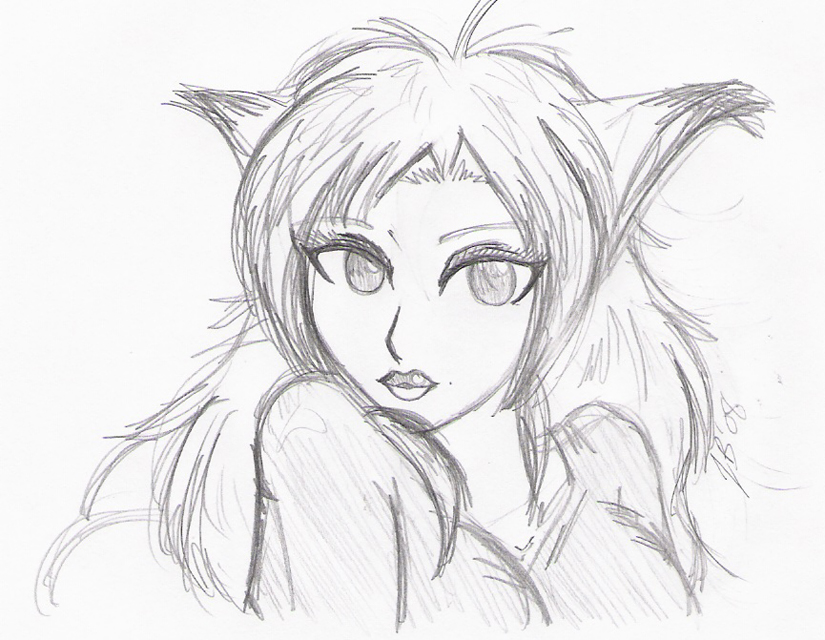 A recent picture of breisleach. 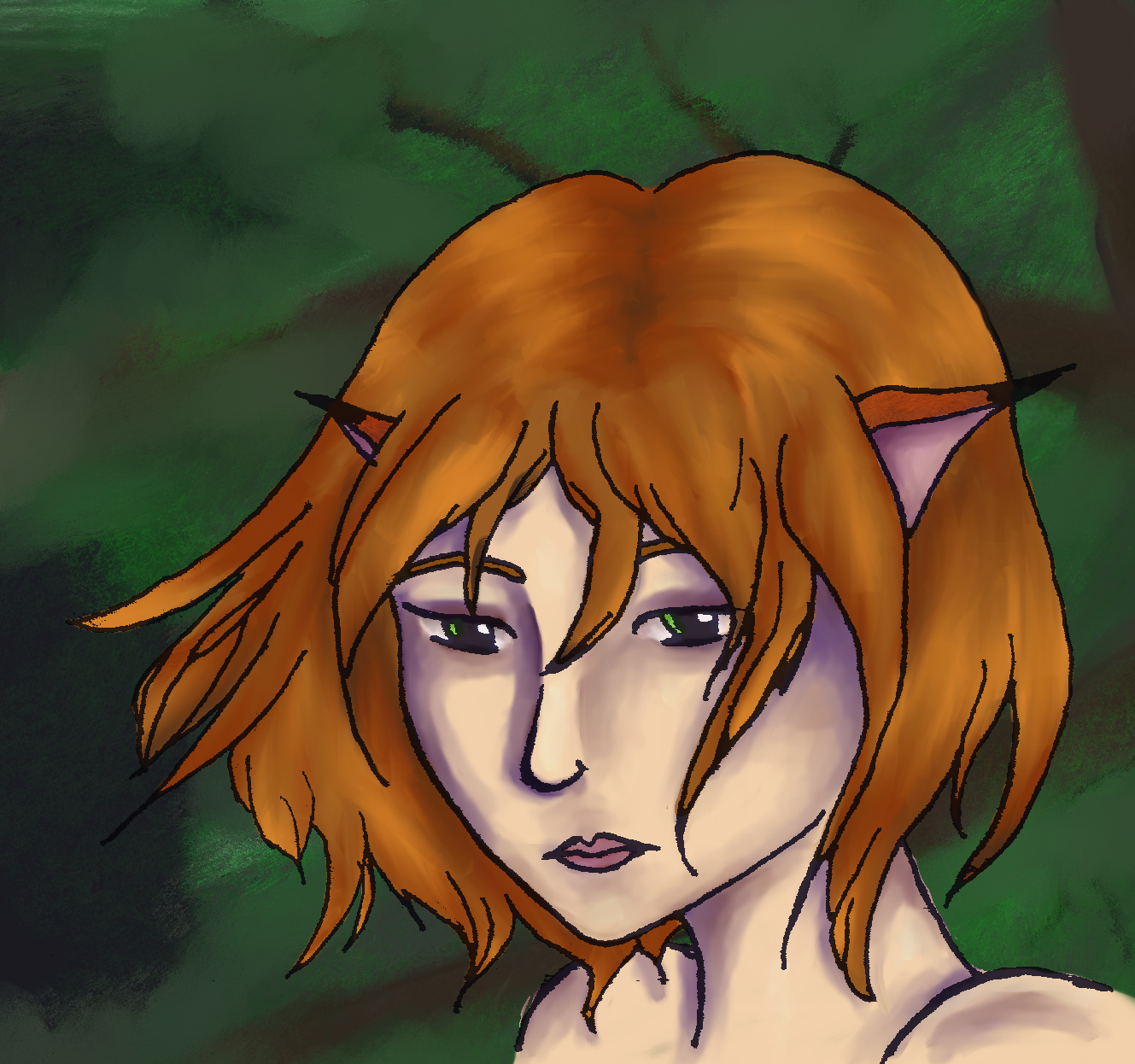 In addition to being a high priestess, as an active member of the Town Council breisleach organizes festivals, landscaping, and new settlements in the village. Beyond these formal duties, she dabbles in a wide variety of other fields of work, among them healing/midwifery and tailoring, including ownership of a clothing store named Ethereal Apparel. She serves as the primary medical practitioner in Yuriba, as she has taken over administration of the Yuriba Clinic since Genesis's departure. At present, the clinic is apparently hiring again – what seems to be a rather eternal state for it.

She is one of Yuriba's Guardians, and often seems to organize the others, or at least tries to boss them around (mostly successfully). Indications show that she is closely tied to the Sentries as well; it is certain that the kitsune woman is the one who crafts the pendants that mark the station of both groups and evidence strongly suggests she plays a ritual role in inducting others.

One could also check out breisleach's skills page.