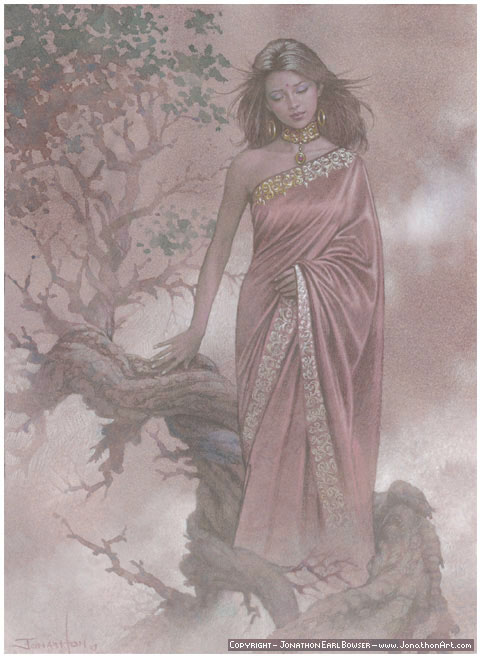 Angeltear Moonbeam is a human girl native to Italy whose parents decided to move to a small village in India, where the girl was raised in a relaxed and carefree environment. She learned from childhood about Yoga and Indian Philosophy until she reached the age of 18 when she decided to travel and see the world. One day she stumbled on Yuriba's shores and after having received a very warm welcome decided to settle down.

She built her home near the sea in a place reminding her of her small home village and started a new life as a Yuriban inhabitant. She met several girls and made several lovers even if her shyness often prevented her to develop a long term relationship until one day she met a wonderful girl named Lisa_Moonbeam and all her life seemed to change: she slowly became more confident and opened herself to life. She and Lisa expanded the house moving it to another bigger spot of the island, in the northern part of Maboroshi because several more people came to share their life with her and Lisa as the Ashram_House became a place where everyone is welcome.

Lately they both were involved in a four way marriage with Alice and Morgaine and all of them are now living a life happy and full of love, enjoying every small second of it. In the last few months she met at the Crimson Rose and Sword an azure haired lady called Snow, they started to talk and nearly without realizing she felt a strong feeling for her and after a little time she become the fifth wife living at the Ashram House. Angeltear has also seem to have adopted a catgirl named Pink, who has a tendency for becoming a real cat. This kitten now lives with Angeltear as The Ashram house cat.

During some wandering around the island Angeltear ended up into a very odd place, a clearing bearing a spring that transformed her into a cross between a Sylph and a human.